Random Notes About Translating My Book Into Chinese

Introduction: Thoughts about the experience of translating my book from English into Mandarin Chinese

I was born in Taiwan R.O.C and moved to the United States at the age of 13. Shortly after graduating from elementary school, my parents were divorced. Long story short, after moving around a bit, my mom, my sister, and I ended up in the States living with relatives in hope for a new beginning. Ever since I was little, I had an interest and appreciation for the Chinese language. I remember my dad proudly framing my first published article in a national kid's newspaper when I was in the third grade; I also took Chinese calligraphy lessons for a number of years during my time in Taiwan. However, being in the States I was busy adjusting to the new living situation, learning English, and adapting to the new culture. Couple that with all the issues that normally come up during the teenage years, keeping up with speaking and writing in Chinese was not exactly the priority in life. As a result, my level of proficiency in the Chinese language regressed dramatically over the years. My natural thought process is in the English context, this is especially true professionally, whereas the knowledge I had acquired has always been in English.

Side notes: A little detour for my friends who might not be familiar with the history in the far east Asia, Taiwan is not governed by China, nor is it a territory like Hong Kong. It also uses Traditional Chinese as oppose to Simplified Chinese.

When my book 'Mastering Python Networking' was published in 2017, of course, the main focus was to make the book a success in the U.S. and other English bookselling markets. However, in the back of my mind, there has always a small inkling to see the book translated in Chinese. But without any measurable data showing readership, a day when I can see my book on the bookshelves in Taiwan seems pretty far fetched.

By the time the third was published earlier in 2020, the book had been translated into Korean twice (first and second edition), Simplified Chinese (second edition), and a yet-to-be-published Polish (second edition); but not Traditional Chinese. When I visited family members the year prior, I saw some Packt Publishing translated book in the bookstore and I took down the local publisher's information. As soon as the third edition was released, I reached out to one of the publishers, DrMaster Press, to see if they would be interested in releasing the book in Traditional Chinese. I was stoked when they said they were, but to my surprise, they asked if I would be interested in doing the translation myself. The desire and motivation was and has always been there, but I seriously wonder if I was capable of doing it.

After carefully thinking about for a day, I figure there is no harm in trying. After all, this has always been my dream. I was honest with DrMaster Press about my concern and was open to taking a discount on the translator fee in order to hire an extra editor just to make sure the translation quality did not suffer at the hand of a rookie translator. Before they place a bid with Packt for the translation rights, I translated a chapter as a test for them to check the quality. It took me about two weeks to translate a chapter and turn it in. The editors were ok with the initial quality, and I knew I would get better as a translator as I move through the process.

After 6 months of intense work, the book is finally in the print shop as of July 17th, 2020 and the book is due out by the end of the month. 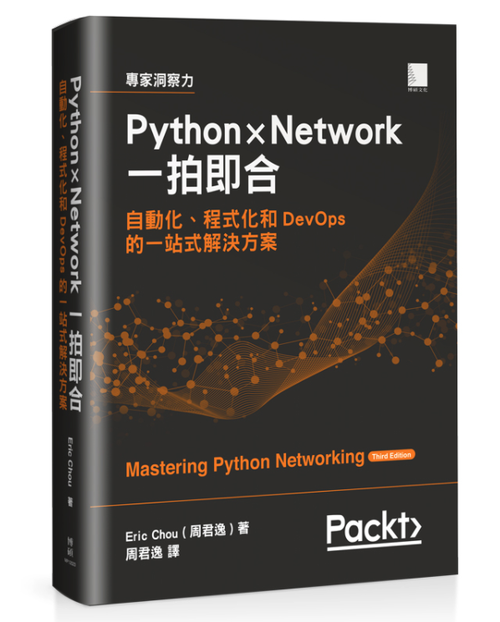 The book can be purchased from the following links:

This has been an unbelievable experience, and I wanted to jog down a few of my notes while the memory is still fresh in my mind. The notes are somewhat random at this point, I do apologize in advance for the lack of organization, but they came straight from the heart.

It is amazing to see how the Internet has changed many of the workflows of various industries. In four years of working with Packt, I have not met face-to-face with my technical editor, acquisition editor, technical reviewer, copyrights team. All communication was done via email or Skype. This was true with DrMaster as well, from the initial email to the final release, all the communication is done online via email, DocuSign, PDFs, and Word documents.

An additional challenge was the different font and encoding between different software and terms. For example, the editors and I were using a different language version of Word as well as operating systems. There was a time when this would have resulted in huge differences in encoding, resulting in one of us seeing a bunch of incoherent symbols during the conversion process. There were still bumps in the road that needed to solve, like picking the right font that can be viewed for both parties or having the filename showing up as '???' on my computer. How do you say 'review tracking' in the Chinese version of Microsoft Word? Now I know.

Despite these challenges, I feel the process was about as smooth as I could have expected. We were able to resolve most of the issues with no more than 1 or 2 emails.

The third edition was released on January 31st, 2020. Most of the frequent communication took place in the month of February before COVID-19 became a global pandemic. I would not know for sure but had the proposal not been finalized before the beginning of March when things were really wild, the result may have been different. I know personally, the city of Kirkland in Washington became the first outbreak in the United States, not far from where I live, it was a very uncertain time for our family. It would have been entirely natural to delay big projects until things were less murky.

As most of us know, the ensuing months saw the intense contact tracing in Taiwan and shelter-at-home lockdowns in the United States. In hindsight, it gave me a new appreciation of the 'bias for action' principle that I have always followed. If I had waited even a few weeks for sending that initial email or the first translation work, the timing may have worked out differently.

Lesson 3: It was a lot of work

It was a lot of work to translate a 576-page book. The book contained 15 chapters, each between 3500 to 6000 words with roughly 86,000 words total. The amount of work was probably somewhere between a new edition and a brand new book. The first few chapters were especially slow and painful, with me constantly stopping and looking up technical definitions, different terms, and taking breaks in-between. I also use an old-school style of Chinese input called 'Zhuyin - Eten' that is slower than most. In fact, it is so out-of-date that it is not supported on the latest iPad / iPhone. 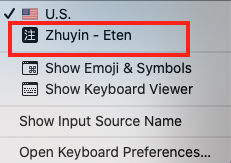 But just like any skills, practice makes you better. As the days, weeks, and months go on, I was either doing more work in the same amount of time or working a lot faster compared to the first few weeks. The original estimate call for turning in the initial draft by September with an end-of-October publication date, I was able to turn in the drafts by early-June and push for publication by July 31st. Maybe the translation work is not so bad after all.

It was demoralizing to see so little work after spending so much time. There was no end in sight and I often wonder if I had taken too big of a bite and my ambition is finally caught up to me this time. During one of the early dark days, I decided to just focus on the small task at hand, 1 word, 1 paragraph, 1 page, at a time, and focus on the process. My commitment is no longer set at chapter boundaries but at the time spend. I told myself to truly focus on the work for 25 minutes at a time and be happy with whatever results it gave me, even if that was only 1 code example.

By focusing on the small steps and the process, it gave me the motivation to get up every day to work on the translation bit-by-bit, the finished work gave me enough momentum to sustain the flow. As I get better at the task, it became a positive feedback loop that helped me finish the project.

Lesson 5: Just do it

One of my favorite quote is:

This was a true theme throughout the whole process.

Lesson 6: People will help you

I cannot express enough appreciation for DrMaster editor Angel Lu. She was truly wonderful to work with and I am impressed with her professionalism, communication, and work ethic. I really learned a lot from her work. After her correction of every chapter, I always make it a priority to read it over and make the necessary adjustments as soon as I can. I do believe that enthusiasm was evident and perhaps help to speed up the turn around time as well. I was pleasantly surprised to learn that they made posters and banners to help market the book when it will be released.

Again, I want to express my sincere appreciation for Angel and the DrMaster team.

Lesson 7: The devil is in the details

Since I was both the author and the translator, it was almost as if I was wearing two different hats. I was able to catch some minor errors in the figure and command outputs in a few places, the DrMaster team was nice enough to allow me to correct them as I go. They might be small errors, but that is less error the readers will see. I am grateful for the additional opportunity to make the product better.

All in all, I counted that I read the whole book 4 times from end-to-end this time around.

Lesson 8: Just because you speak the language, it does not make you a translator

It is true, just because somebody speaks the language does not make them a translator. The flow of the language is difficult to capture and technical terms are difficult to translate. I was really lucky to have the professional help from the editorial team and Angel. It was like on the job training that I was able to chisel away the rusting bit by bit.

After all that is said and done, was all the work worth it? Absolutely! I don't think you can put a price on chasing a dream. This has long been a goal of mine and now it is reality. If there was no travel restriction, I would have gotten on an 11-hour flight and see the book on the shelves with my own eyes. I learned a lot about myself during the process and I am a better person and engineer at the end. I hope by writing down my own experience I can somehow reach another person in the same boat to go after a goal of theirs.

Wish you all health and safety during this uncertain time.