As a teenager sitting in ESL (English-as-Second-Language) class struggling to grasp English concepts, it was a pretty long way from being an author. This may sound like a humble-brag, but publishing a book in 2017 was truly something I could check off on my bucket list. To improve my writing, I am setting the goal to make it more interesting and engaging, possibly integrating storytelling and fictional elements.

Over the Christmas break, I picked up the book 'On Writing' by Mr. Stephen King. As an author of more than sixty books (all were worldwide bestsellers), he no doubts knows a thing or two about writing. It is also somewhat rare for best selling authors to put down their thoughts on the craft of writing. It was very exciting to pick it up and even more so to find it an honest and truthful reflection by Mr. King on his writing. I would highly recommend this book to anybody who needs to communicate their thoughts in writing (practically everybody). 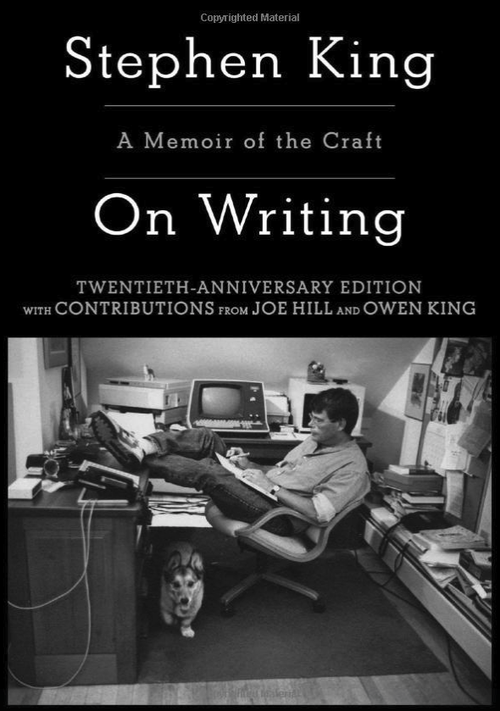 Here are a few lessons I picked up from the book.

Lesson 1: Consistency and Practice are the Keys

Early on in the book, he deliberately expressed his view on 'finding the muse' for writing. On page 37, he stated:

Let's get one thing clear right now, shall we? There is no Idea Dump, no Story Central, no Island of the Buried Bestsellers; good story ideas seem to come quite literally from nowhere, sailing at you right out of the empty sky: two previously unrelated ideas come together and make something new under the sun. Your job isn't to find these ideas but to recognize them when they show up.

He goes on to explain that in order to recognize good ideas when they appear, one has to consistently practice the craft. Even if there is a muse, it has to know 'where to find you'. He consistently writes about 2000 words a day so the muse knows to find him between '9 am to 2 pm' on weekdays by his desk in the writing room.

Nobody is born a writer. When he was barely a teenager he started to submit his work to magazines. When he received his rejection slip, he pounded a nail into the wall and poked it onto the nail.

By the time I was fourteen.. the nail in my wall would no longer support the weight of the rejection slips impaled upon it.

Imagined that, the weight of the rejection slips can no longer be supported by the nail in the wall. This is a very consistent theme in his writing career, this is true when he was teaching English at a local High School while trying to write at night; this was also true when he was hit by a car that nearly killed him but resumed writing even when he could not sit for longer than 40 minutes.

Another theme in the book is to 'be honest'. The writing has to be 'honest' to the writer as the reader will call BS when it is not. This is the way the book was conducted, the reader can feel the honesty jumping off the page, he was honest about his life, his thoughts, and his struggle with drugs and alcohol. The intervention by his wife and kids to rid of the addiction and his struggle to pick up writing again after the near-fatal accident.

This is a book on writing but also a book on life and character. To be honest I did not expect it to be such an excellent read. I was a bit annoyed when the book did not have a kindle version so I had to buy a paperback, but the paperback actually provided a good way to dog-ear the pages and write notes on the margin.

If you want a non-technical book to read, this is an excellent choice.